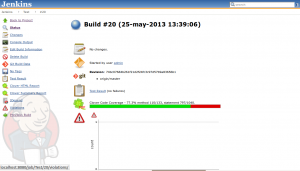 2 thoughts on “Jenkins for PHP from scratch – I”