Don’t do MVC on Android

Model-View-Controller is absolutely different from MVP and does not solve any problems which interface developers are facing. 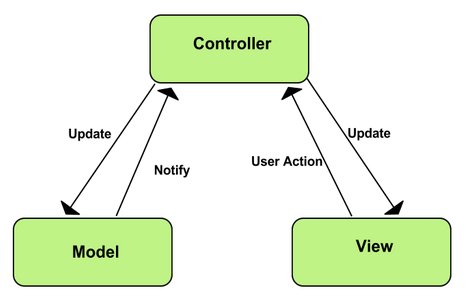 MVC comes from good (probably) and old days when you had a PC and a simple keyboard-driven application such as a game. No windows, no graphical user interface – the application was something that receives input (Controller), maintains some state (Model) and produces output (View). Both: data and control go like this: controller -> model -> view. This pattern is absolutely useless on Android.

There is a lot of confusion with MVC. People believe that they use MVC, while in fact they use MVP (web developers). Many Android developers think that Controller is something that is controlling View, so they are trying to extract View logic out of View to create a thin View that is controlled by a dedicated Controller. I personally do not see any benefits in such application structure.