In object oriented design, the dependency inversion principle is a specific form of decoupling software modules.
Abstractions should not depend on details. Details (concrete implementations) should depend on abstractions.
The idea behind points A and B of this principle is that when designing the interaction between a high-level module and a low-level one, the interaction should be thought of as an abstract interaction between them. This not only has implications on the design of the high-level module, but also on the low-level one: the low-level one should be designed with the interaction in mind and it may be necessary to change its usage interface. 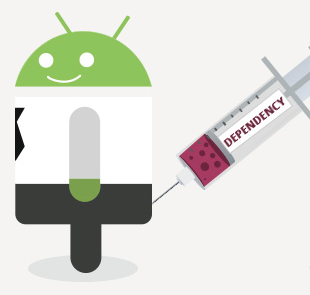 In Android we have Dagger is tool to do dependency inversion.

We learn with a simple dagger example in Kotlin:

We have a car

We can build this car with engine

And now in our MainActivity, We can use our object: