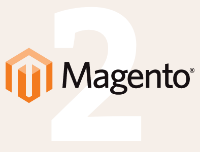 If you are wondering how to try and install Magento 2 on a free hosting provider, keep reading. This is how we managed to deploy Magento 2 to Openshift without spending a penny!

This guide assumes you know OpenShift and have some basic experience with it, otherwise head to www.openshift.com, create an account and do some reading and basic tests.

Note that at the end of this post you’ll have the link to a repository that is almost ready to spin up a Magento 2 instance, but if you want to be aware of the caveats we’ll recommend you to keep on reading.

To begin with, we have the following “out of the box” issues:

To solve the PHP version issue, we firstly tried a community cartridge that installs Nginx and PHP 5.5/5.6. The cartridge itself worked flawlessly, but unfortunately then we run out space while running composer install after deploying the Magento 2 repository. We searched for something else and tried to run Magento 2 in PHP 5.4 (it was a bad idea btw). Eventually, we had to come back to that cartridge, as it seemed to most straightforward way to go. There doesn’t seem to be much options out there to install PHP 5.4+ in OpenShift without manually downloading the source code and compiling it and that would be beyond the scope of our purpose.

Moving on to the next issue, the out of space problems: While deploying Magento 2 to OpenShift, you almost run out of space, and yet you have to run `composer install` to fetch all the dependencies, and there are quite a few. While running `composer install –no-dev`, it would fail at half way, showing an error: Disk quota usage exceeded. We tried clearing composer cached files to free up some space but still wasn’t enough.

After a lot of back and forth, we managed to install all the dependencies without running out of space, but at the price of deleting the rollback deployments ($OPENSHIFT_DEPLOYMENTS_DIR). Note that this is not recommended at all, as you are actually loosing many of the benefits of using OpenShift, but if you ever need to make some extra space, you can run the following command in the OpenShift instance (We actually added that command to the `post_deploy` action_hooks script (file .openshift/action_hooks/post_deploy of your app’s repository):

Now, we had enough space available to install the dependencies, but it is required to have an API KEY and an API SECRET to be able to fetch them from the Magento Repository. You can get your own key pair for free by following this guide (basically create an account in Magento, and click on Generate Keys inside the Developers section after logging in). In order to keep the keys outside the source code, we opted to set them as environment variables (API_KEY and API_SECRET) while starting the new app. You’ll see how to do this further down.

Last, but not least, the issue with the MySQL version. After some research we ended up with the conclusion that it will not be easy at all to install MySQL on OpenShift, not to mention that we were already struggling with the disk space available. That’s why we decided that, for the shake of the experiment, we would try to make Magento 2 run over MySQL 5.5. After all, it wouldn’t be that different, would it? It turns out it is actually quite different. We were expecting to get away with this by just amending the check for the MySQL version in the Magento code, but that wasn’t enough. While running the installer, it would crash while creating the tables due some incompatible definitions. It took a bit of hacking that we are not proud of, which basically allowed us to install it by doing the following changes:

After the above changes, we managed to install Magento 2 successfully. However, as a result of this, the database and the app’s behaviour might (and will) not be stable, mostly in regards of search functionality, but also there will be a few datetime columns that will not be updated accordingly after data updates. Hopefully, all of this will not be needed soon as OpenShift provides an official MySQL 5.6 cartridge.

The “good news” are that our repository automatically provides the database schema that we managed to generate (which is compatible with mysql 5.5), so the source code of Magento 2 is not modified at all, as the changes were only required for the installation stage.

After this, we had a few permissions issues, and we had to add the config.php and env.php files (generated by the installation) to the repository with a default config and the database credentials taken from the environment variables. As Magento 2 doesn’t use local.xml anymore, it was fairly easy to replace the hardcoded database credentials on the env.php file by getenv(‘OPENSHIFT_MYSQL_DB_USERNAME’), etc. and it just worked. This is very convenient as well because you don’t have to make any changes on this files for it to work out of the box in your app, as it will get the database credentials from OpenShift provided environment variables.

Ok, enough talking. We’ve put all this together in a repository for you, so now you can almost almost plug & play it by following the below steps.

How to spot a new OpenShift app with Magento 2

In order to start a new app, all you need to have is:

Then, open a termial and run the below commands:

This whole process will take a while, but you don’t have to do anything other than copy and paste the commands and wait. Hopefully, you’ll see the following success message at the end:

Done! You should now be able to browse your Magento 2 store on http://$myapp-$mynamespace.rhcloud.com/.

Probably the statics will be missing, and in order to fix that SSH into your app (`rhc ssh $myapp`) and run the below command to deploy the statics:

Note that you might need to run it a few times, as, for some reason that we couldn’t figure out, sometimes it just crashes. Retrying a few times seems to do the trick though.

Eventually, you should see at the end of the execution the following message:

And that’s it! Now your Magento 2 app should be completely up and running! The admin is available on http://$myapp-$mynamespace.rhcloud.com/admin123 with the credentials: admin / OpenShiftAdmin123.

It was a quite painful process, and it took several hacks to get Magento 2 running on OpenShift, but mostly due the outdated official cartridges for both PHP and MySQL. Hopefully, they’ll be updated soon and we should be able to make this process much easier and quicker.

After all, the app seems to perform very well in terms of speed, and we haven’t spend any time optimising any settings. So it certainly looks that OpenShift might potentially be a very interesting option to host a Magento 2 store. As per today, this is only on an experimental stage, to say the least, but it was a very challenging and interesting task to find our ways around the many limitations that we faced, and we finally did it! (well, kind of :)).

If you get this error while deploying the app:

remote: [Composer\Downloader\TransportException]
remote: The ‘https://repo.magento.com/archives/magento/composer/magento-composer-1.0.2.0.zip’ URL required authentication.
remote: You must be using the interactive console to authenticate

Make sure that your API_KEY and API_SECRET env variables are set with the proper values. You can re-set them with the following command:

Finally, if you just want to have a look at the resulst, you can find here our Magento 2 app running on OpenShift: http://demo-mage2.rhcloud.com/

Show me the code!